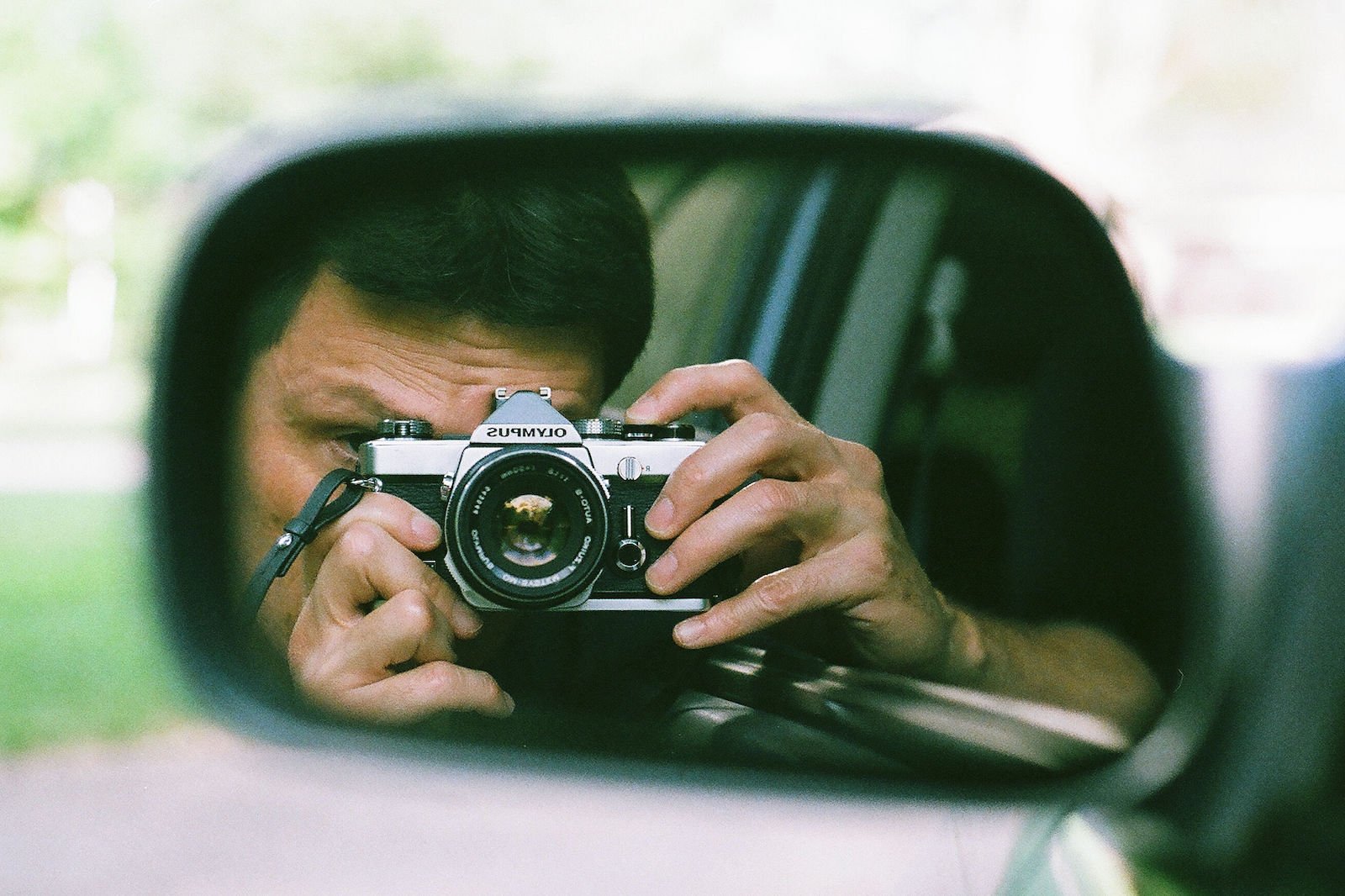 Actually we do not pay a lot of attention to the fact that we forgot about such pleasant moment, when all members of our family gather together and look through the family photo album and remind the most essential memories in such a way.

So, why film is better than digital photos? Why are film pictures out of fashion? Why the modern photo restoration services  have fewer and fewer film orders? These are the questions we want to answer today. This article is dedicated to the theme film photography vs digital photography. And we are eager to compare two types of photography and to find out their pros and cons.

What is a film in photography?

When we want to show somebody our favorite images, everything we need is to take the mobile or laptop and to open the necessary folder. Not many people remember the feeling when you are waiting for the film development. That is why, first of all, we want to explain the peculiarities of film photography for the youth generation. Maybe this knowledge will help you to figure out why in the competition digital vs film photography the film loses.

We know so little about the history of the camera invention and the development of the first photos. This knowledge is extremely important for those, who deal with the image making and retouching. So before you will discover the main points of digital versus film photography we suggest you to read First color photos. You will be very surprised how unusual and fun the firs images were.

To begin with this kind of pictures presuppose the use of photographic film. It was founded in the nineteenth century. Photographic film is a special sheet of translucent plastic used to record images. The plastic is treated in a special way and interact with the light. That is why it is possible to write an invisible photo with the help of plastic. In this case the light helps to develop the film.

After the images are recorded, the film is subjected to a special chemical handling. This process we know under the name of film development. As a result of film processing the previous invisible images become prominent. And the paper pictures we got are not receptive to the light. 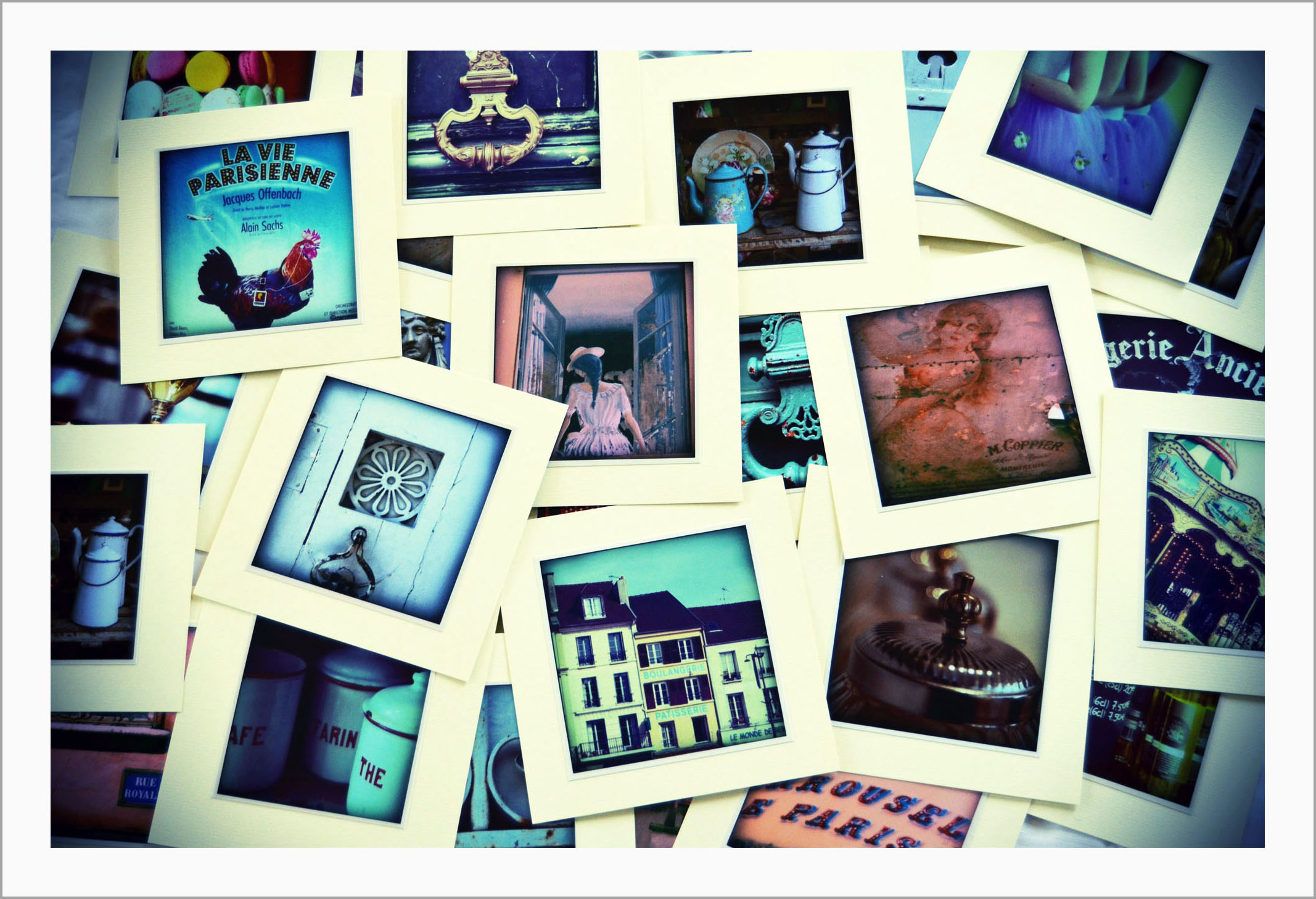 There are different types of films. They depend on the amount of the light they need for undergoing. Some films can be recorded in black and white colors only. Moreover some kinds of films require infrared light for the film developing.

Besides during the competition digital vs film we must underline some peculiar features of film photography. For example it is possible to use the film only once. The procedure of keeping and recording of the film is very complicate. In the case if the film is not in use, it should be protected from the light. If this rule is valuated the film will write the light of the lamps and even natural light will spoil the picture. 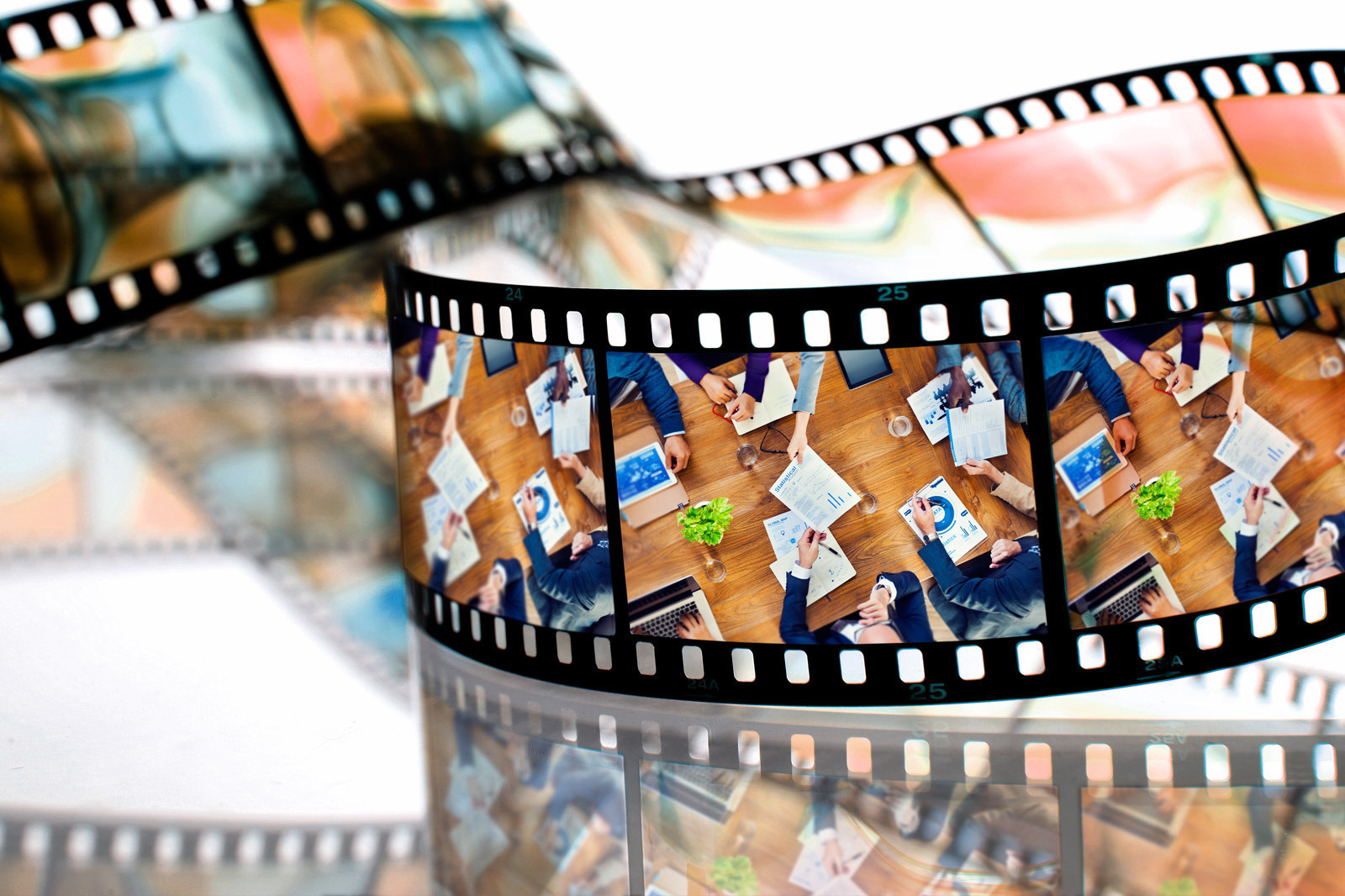 Light is the most important element during the film development. Its amount should be correctly chosen. Otherwise the finish picture will be spoiled. By the way the length of time you recorder the film influences on the image quality. For instance the longer the film is developed the more light it gives to the final picture. In such a way if the made photos are bright, it will take not much time to recorder them. This type of films is called ‘faster’. But if the images are too bright, the length of time you need for development will be much longer.

One more interesting fact is that films have different sizes. 35 millimeter films are the most used around the professional photographers. Such films demand to be kept in special cans or containers. But the other kinds of films have to be kept in paper packing or just as sheets of films. 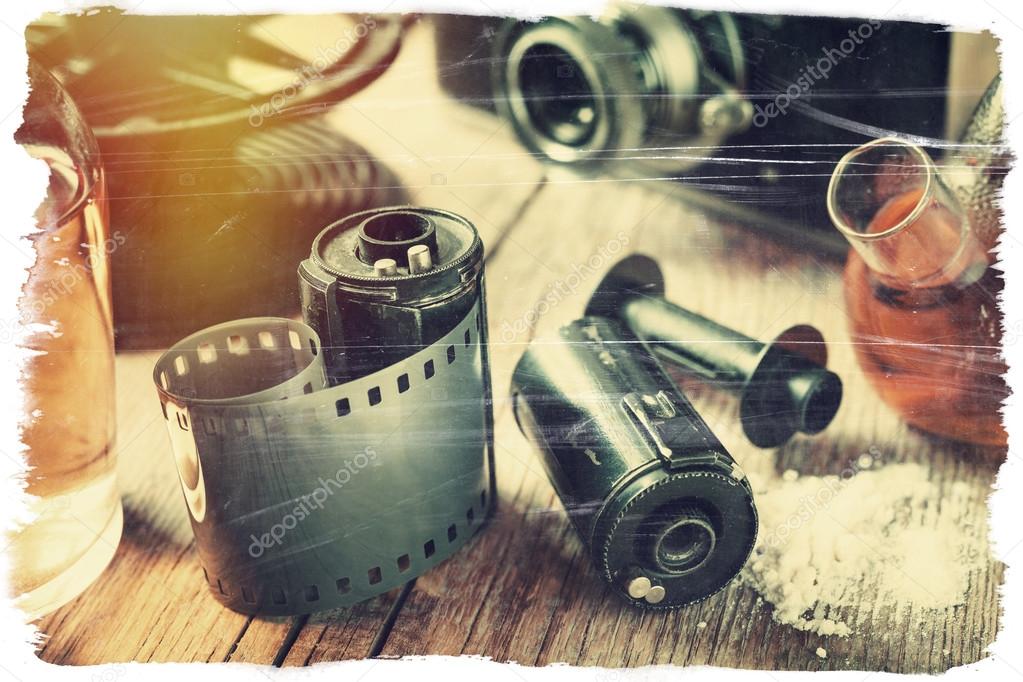 Thanks to the invention of the films we have the opportunity to create the photographed version of the most essential moments of our life. There are some people, who will not be agree with it, but we are sure that the main benefit of film photos is that fact, that the memories we photographed stay on the paper forever. So, for example you can read the article The most shocking historical photos and to observe a great number of old film pictures, which impresses the whole world.

Of course most photographers prefer digital photography. They think it is more convenient and saves the time. Other people are sure, that the film photography was and will be always the best way of image making. Out task is to compare two types of photo taking and to choose who is the winner in the competition film vs digital photography. 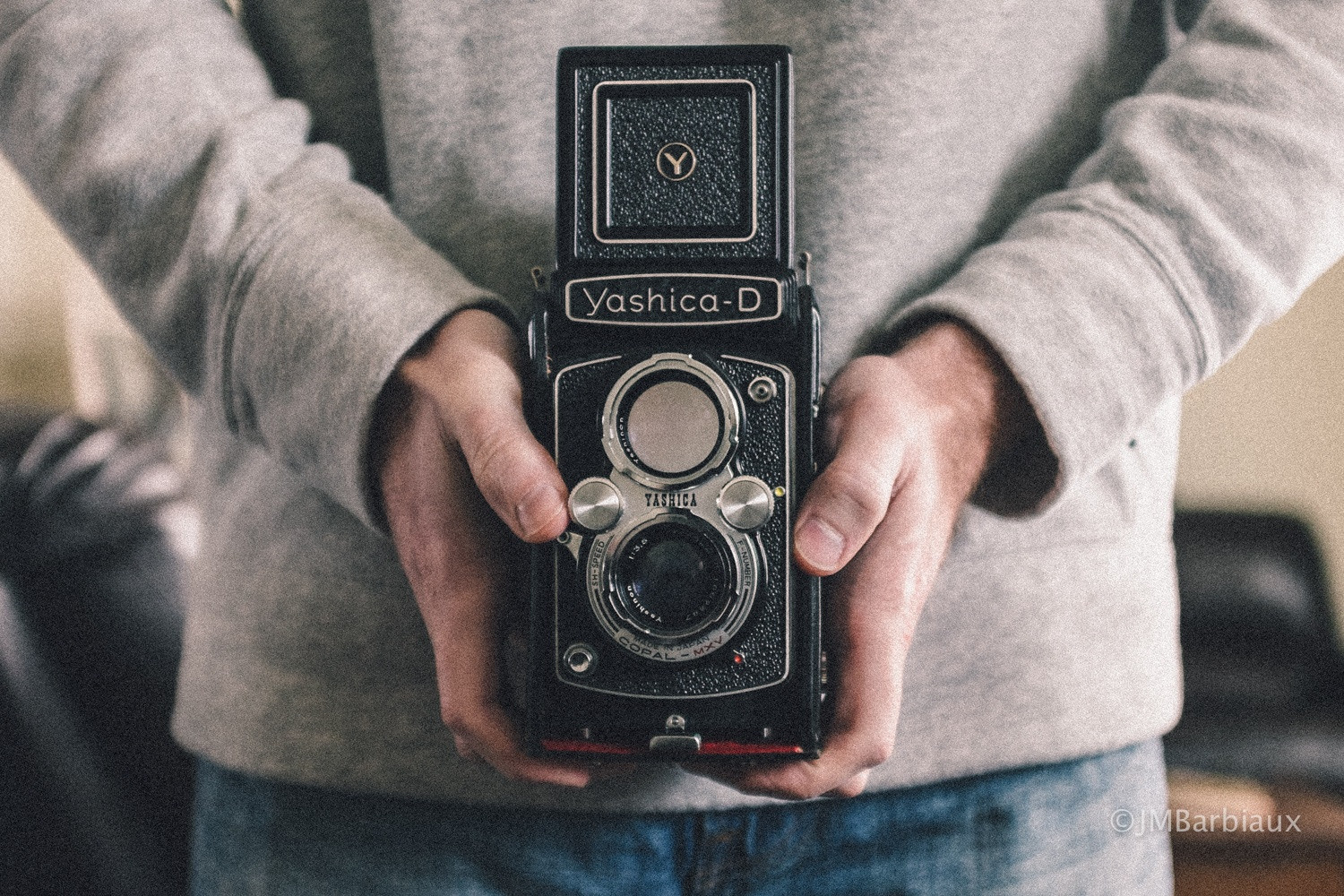 The pros of film photography

- First of all a film camera is not such expensive as a digital one.

- Film pictures are at higher resolution than digital.

- The whole details and background elements are saved with this kind of photography. Some little objects are not seen at the digital images.

- One more point, which explains why film is better than digital

- There is no battery and you should not look for power and electricity if your session last too long.

The cons of film photography

- The number of shots is limited. That is why before the process of photo making, the photographer has to think about the whole details of the composition beforehand.

- The process of film picture retouching is more complicate. But the professional can help you to restore printed old and even damaged photos. There are some labs, where you can scan your photographic film and the editors will have the opportunity to fix the images. The photo restoration samples prove that this method is also very effective and the film photography holds its own in this question. 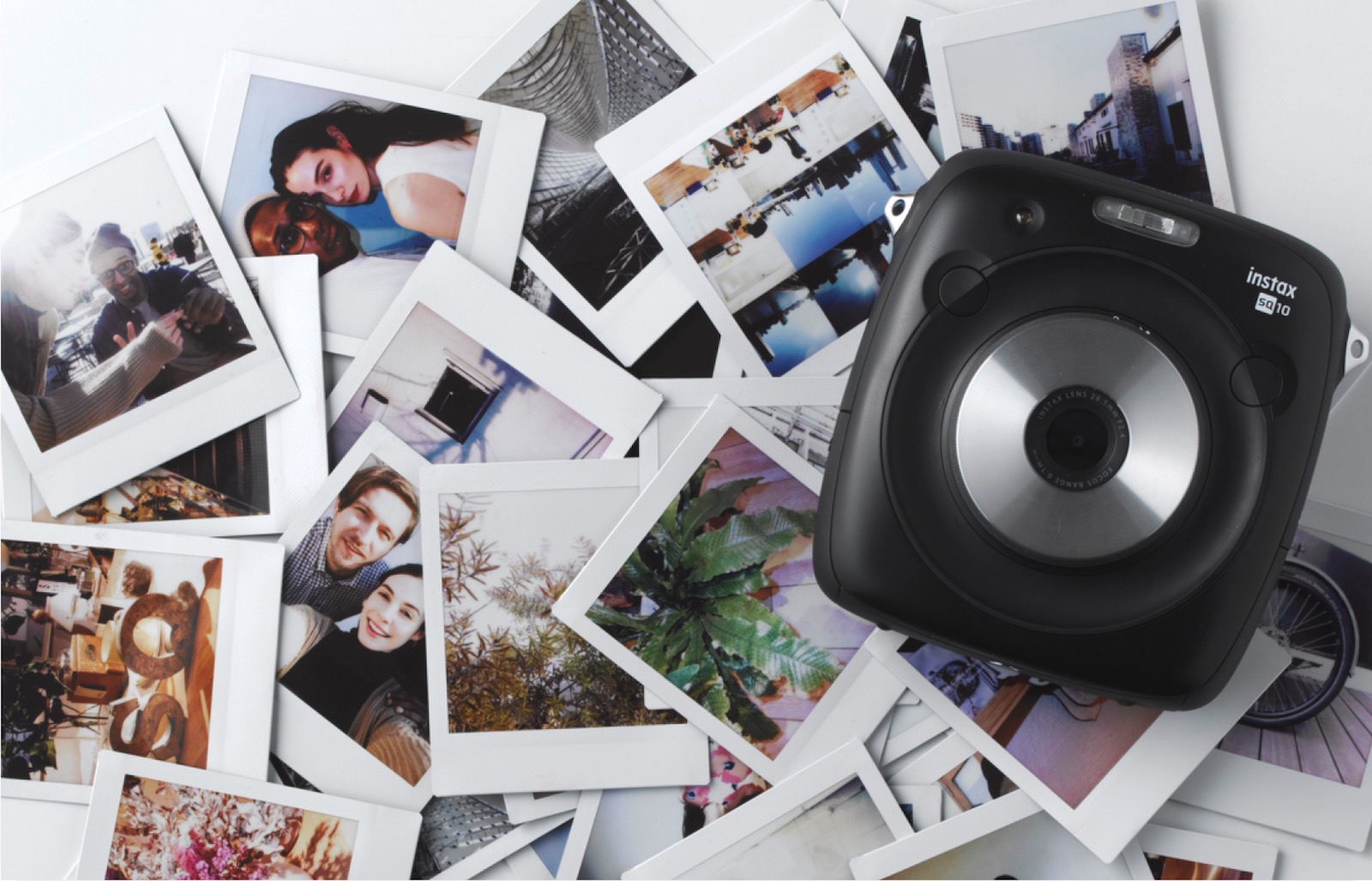 To continue the duel digital versus film photography let us get know more about advantages and disadvantages of modern digital photography.

The benefits of digital photography

- The photographer can choose and change the film speeds during the photo session.

- In comparison with film, digital camera weight is usually lighter.

- There is a memory card, where you can keep the great number of pictures. 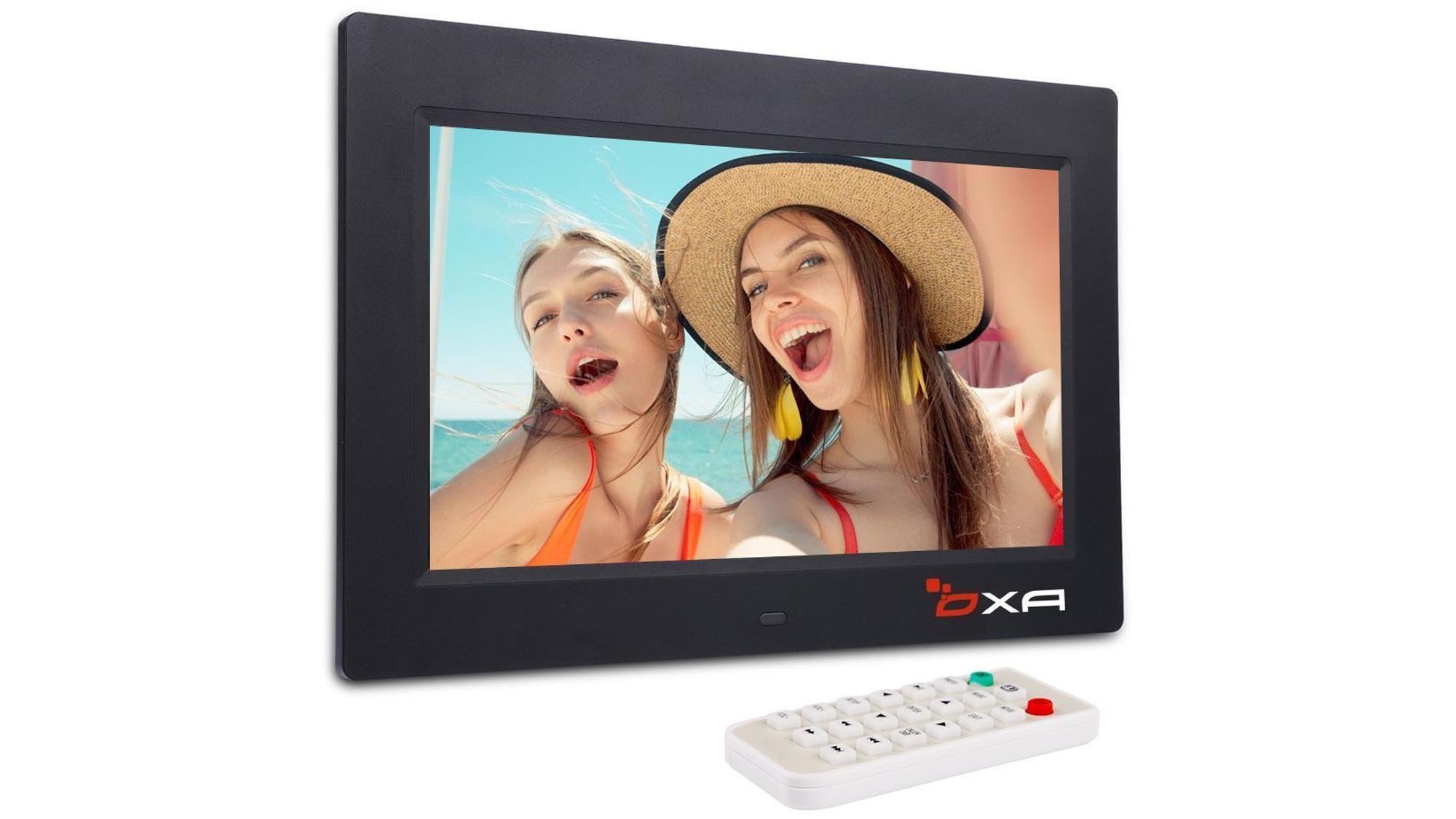 - One of the most important points, which move the digital images to the first place of the contest digital vs film photography, is the fact that the user can choose which pictures will be printed. He/she does not need to print all the photos and after that choose the best. The client can do it on laptop.

- Some cameras have the option, which allows the photographer to improve the photos directly on the camera.

- You can be faced with the problem of digital noise. This is the unnecessary textures at the picture. It is the result of the uncontrollable signals, which are treated by the camera’s sensor.

As you can see, both kinds of photography have pluses and minuses. That is why we cannot definitely say who is on the first place of the competition film photography vs digital photography. Anyway each photographer can choose by him/herself, the photography, which will be the most appropriate for him/her. We suggest trying both types of photo making, because only in such a way you can make the right decision.

What is the difference between a film camera and a digital camera?

It goes without saying, that the cost of digital cameras is much higher. It is understood, that it has more options, memory card, and even photo retouching possibilities. So, here the price plays a most important role in terms of digital vs film opposition. 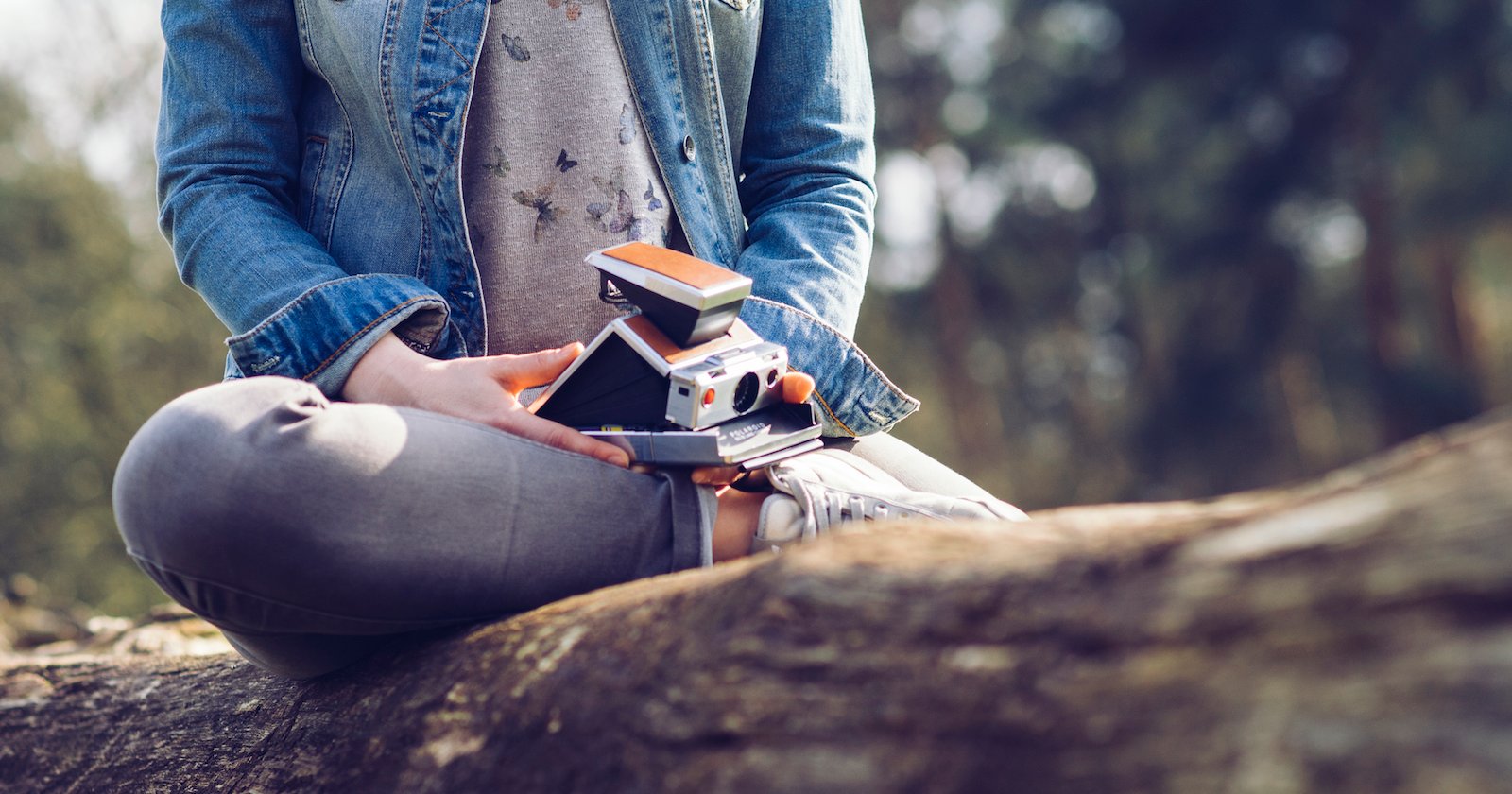 Speaking about film photos it is more difficult to print the pictures. It takes more time and demands special knowledge and skills. Moreover, the recorder of film images should last in the particular room. So, not everybody can do it easily.

This question is connected with digital photo cameras more. The lenses of digital cameras are not always able to focus tree color length of waves in the same surface. It causes the colorful nimbus around the elements at the photo.

Details of shadow and light

This problem is typical for low-quality digital cameras. Details of shadow and light cannot be photographed in a proper way and that is why we can observe some dark or white spots.

It is interesting that the focal distance of the digital camera lenses is similar to film, but the difference is that digital lenses are lager and they allows wider viewing angle. This fact is very essential for our film photography vs digital photography competition. The lenses of modern digital cameras can cover all important objects and details at the photo. 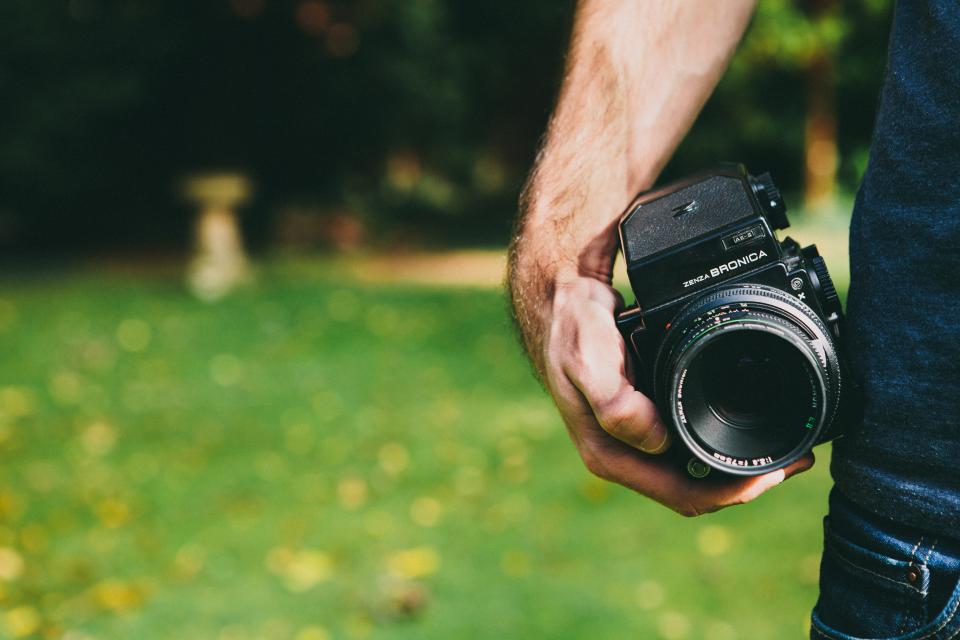 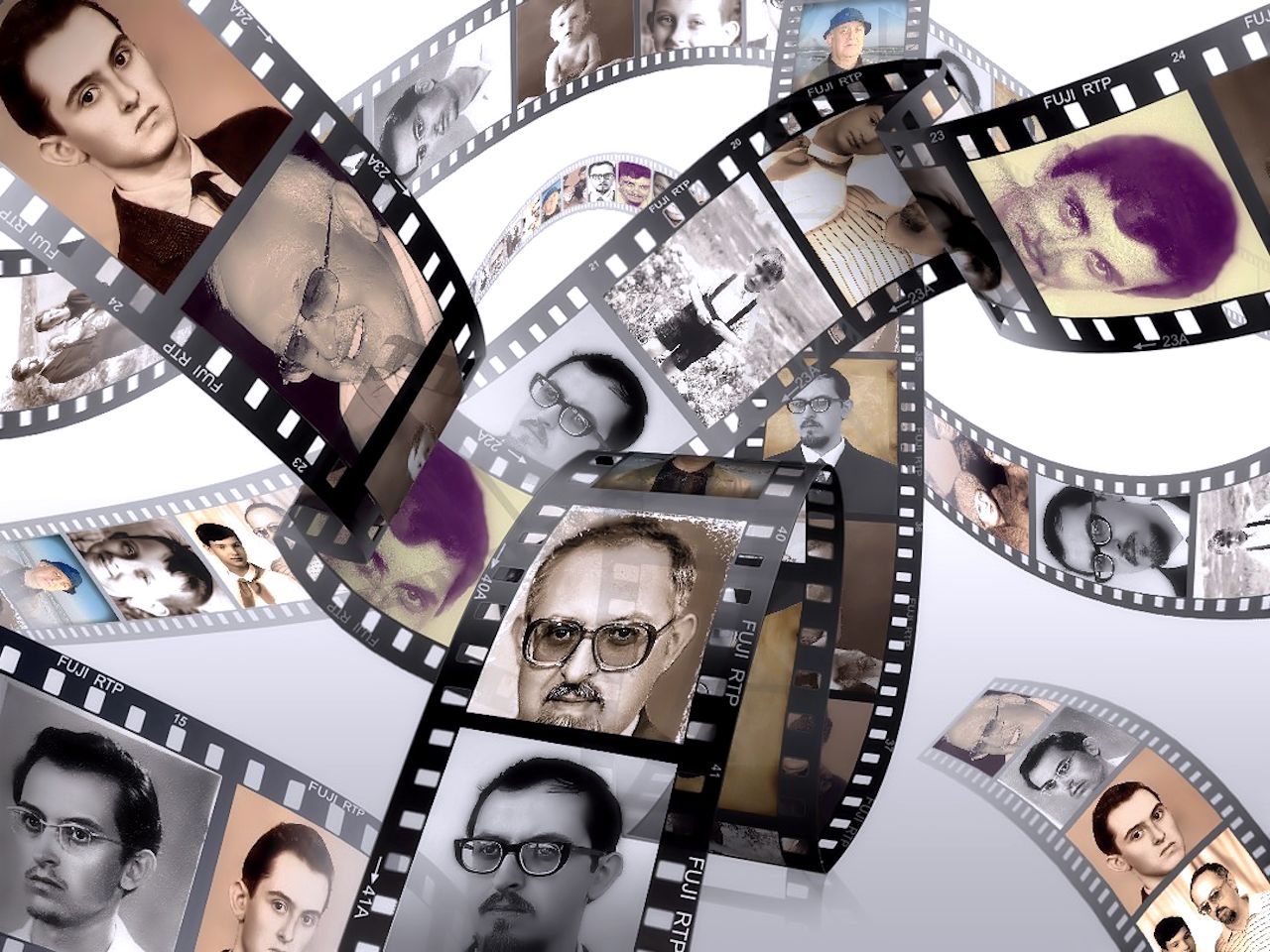 Anyway the professional photographer has to know how to use the both types of cameras and moreover this knowledge will be very useful for the old photo restoration procedure. The specialists of our company deal with both digital photos and old film pictures. We help to renew and to fix damages images, our clients are always happy with their orders. The photo restoration prices we offer are profitable and the high quality of our work is always proved by the brilliant photo samples before after.