Almost 200 years ago, the Frenchman Joseph Nicephore Niepce smeared on the metal plate a thin layer of asphalt and put it in the sun in the camera obscure. So he got the first in the world "reflection of the visible". The picture was not of the best quality, but it starts with the history of photography.

And what about the old color photographs?

Firstly we want exactly to know what color photos are.

Color photography is obtaining multicolor images on special media. The most common color photo is on three-layer film and paper, each emulsion layer which is sensitive only to a specific range of the visible spectrum (blue, green or red). A multi-color image is obtained by the "color event" (for these use special developers), in which photosensitive emulsion layers of the components are converted into dyes. The first three-layer color photographic material was released in the 30-ies of the 20th century in the USA and Germany.

Even some 30-40 years ago, a significant part of  photos, movies, TV shows were black and white. Many people do not realize that there was color photography a lot sooner than we think. May 17, 1861, the famous English physicist James Maxwell in his lecture on the features of color vision at the Royal Institute showed the world's first historic photo in color — "tartan Ribbon".

Since photography, in addition to that black and white turned into color, received a lot of varieties: there was shooting from the air and from space, photomontage and x-ray, self-portrait, underwater photo and 3D photography.

1826 - The first oldest photo. Joseph Niepce - a French photographer took the first picture using an eight-hour exposure. It is called «the view from the window at Le Gras». 1838 — the first photo of another person

Louis Daguerre took the first photograph of another person in 1838. Photograph of Boulevard du Temple, shows a busy street, which looks deserted (10 minutes of exposure, and therefore moving), and with the exception of one man in the lower left part of the photograph (seen at magnification). 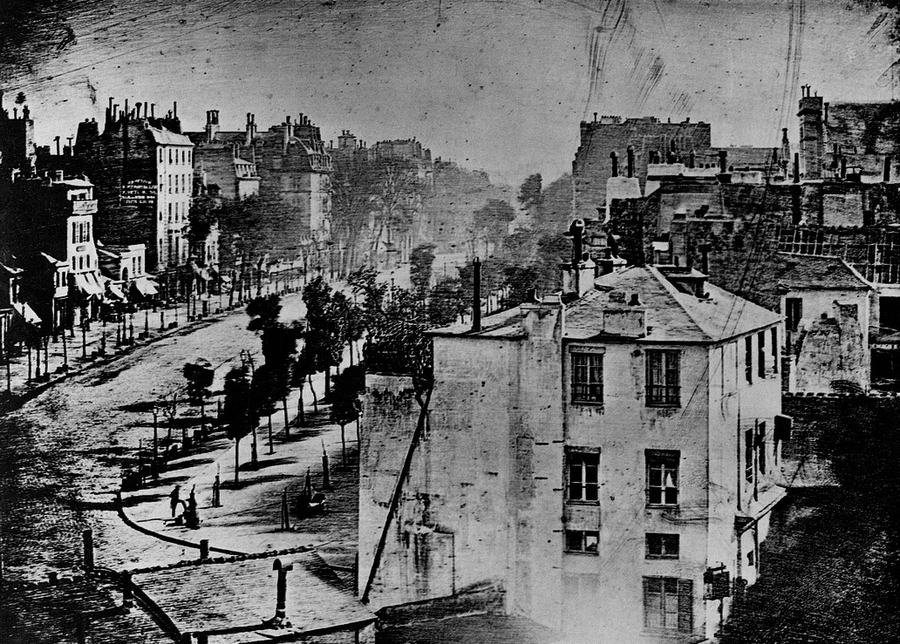 In 1858, Henry Peach Robinson made the first montage, bringing a few negatives into a single image.

The first and most famous combines photography called Fading Away — it consists of five negatives. Depicts a girl's death from tuberculosis. The work has caused a lot of controversy. James Clerk Maxwell, a Scottish mathematician and theoretical physicist, received the first color photograph in 1861. The photographic plates used in the process are now stored in the house where Maxwell was born (now a Museum), on India street, in Edinburgh 14.

The famous American photographer Matthew Brady was the first person who took a picture of himself, i.e., made a self-portrait. 1903 — the first photograph taken from the air

First aerial photographers are the birds. In 1903 Julius Neubronner connected the camera and the timer and attached it to the neck of a dove. This invention took note in the German army and used for military intelligence.

First underwater color photo was taken in the Gulf of Mexico by Dr. William Longley and staff National Geographic photographer Charles Martin in 1926. 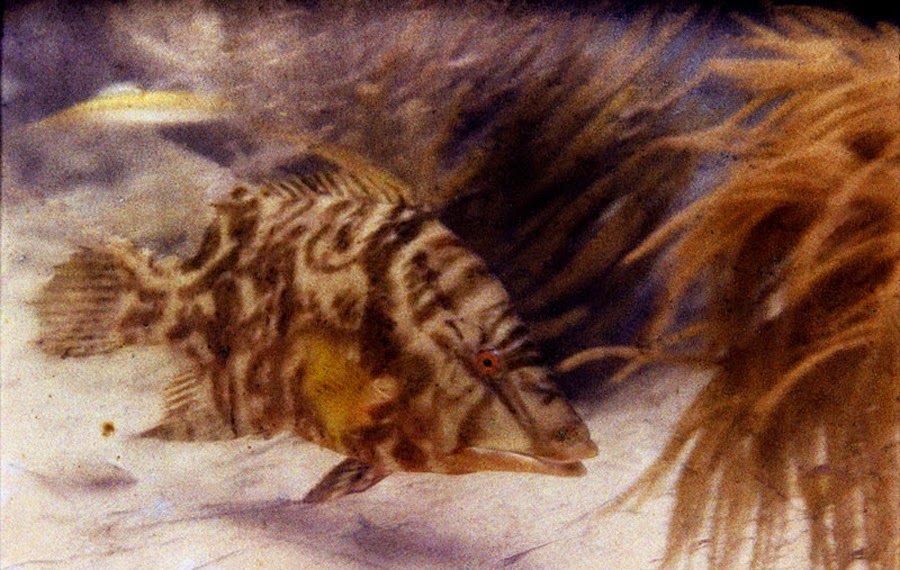 The first photograph of a fully illuminated Earth, it is known as The Blue Marble ("Blue ball"). The picture was taken on December 7 1972 by the crew of space ship "Apollo-17".

How was born the color photo

Color is the essence of many things in the photographs, ranging from flowering plants, ending with the rich blue of the sea.

Initially, film reels and photography were in black & white format, but find ways of producing colored photographic films continued throughout the 19th century. To conduct appropriate experiments, but the colors in the photographs are kept and quickly disappeared. 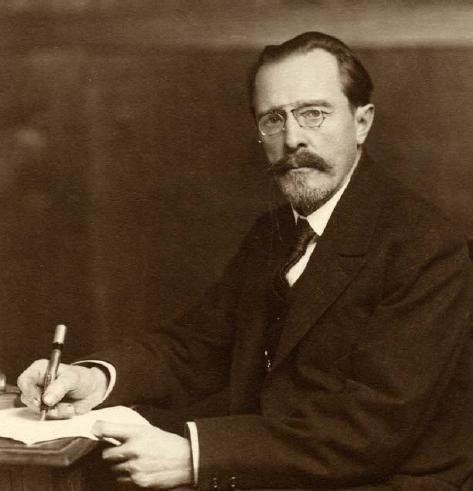 In 1915, Prokudin-Gorsky (1863-1944) was the first who used this process for shooting old color photographs. He took a color filter and placed it in front of the lens of each of the three cameras. In this way he could get the three basic color channels, also known as RGB, i.e., Red (red), Green (green), and Blue (blue). Prokudin-Gorsky continued with another technique in which he used three-color plates, and used them consistently.

Against the background of ongoing experiments, Hermann Wilhelm Vogel (Vogel, Hermann Wilhelm, 1834-1898) at the end of the 19th century was able to obtain emulsions which have the required sensitivity to red and green light. Later, the Lumiere brothers invented the first color film called Autochrome.

Autochrome was launched in 1907. This process has attracted the use of a flat mesh filter, which dyed dots made from potato starch. Autochrome was the only available color film until Agfa, the German company, presented in 1932, a colored film under the name Agfacolor. Following its example, Kodak released in 1935, three-layer color film and called it Kodachrome. Film Kodachrome was based on three-color emulsions.

After the Kodachrome film in 1936 Agfa released the film in Agfacolor Neue. Film Agfacolor Neue had color connecting elements, which were integrated into the emulsion layers, which simplified the film processing and gave impetus to the development of the industry. All color films except for Kodak, are based on the Agfacolor Neue technology. 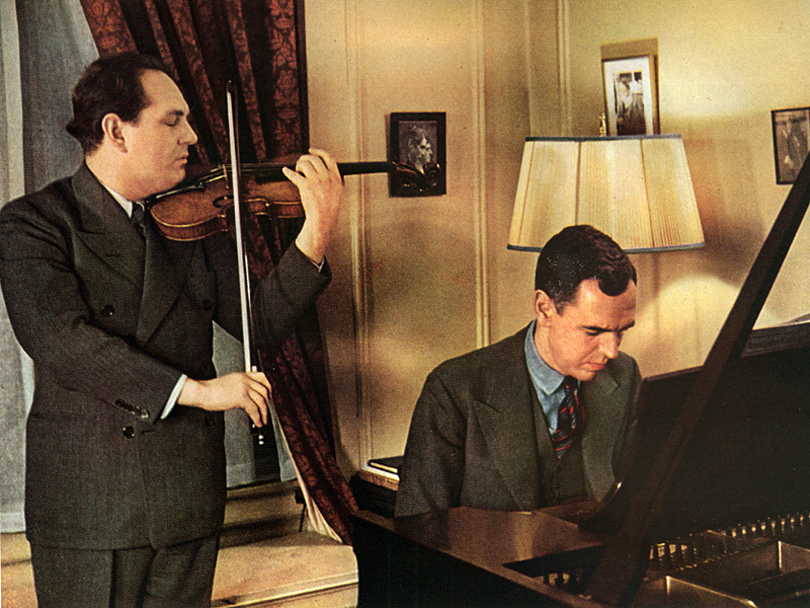 Color photography actually revolutionized the era and showed the impression which has colors through vivid and detailed images, including photographs of World War II and the destruction caused by natural disasters. Color photographs captured emotions and the surroundings in such a way that they were used more and more in Newspapers, magazines and even on covers of books.

The most famous rare color photos

At the mention of the old photos the first thing comes to mind the thought of black-and-white images. But as you can see from our selection of gorgeous frames made at the turn of the century, the history of old color photographs is much longer than it might seem. Until 1907, if you wanted to get a rare color photo, you (or the colorist-professional) would have to draw it manually using a variety of dyes and pigments. Despite the complexity and high cost of such a process, autocamioane was very popular among Amateur photographers, and one of the first books with color illustrations was released using this method.

1912 - Rudolf Fischer opens the chemicals that produce dyes during the development process. These color-forming agent chemicals - non-ferrous components can be introduced into the emulsion. When you see the film, the recovery of dyes, and they help to create color images, which can then be combined.

1935 - Kodahrom films with three emulsion layers are on sale. Since the color components for these films were added at the developing stage, the buyer had to send the film to the manufacturer for processing. Back slides came in cardboard frames. 1942 - the film "Kodakolor" comes on sale - the first film that allows to receive color prints. 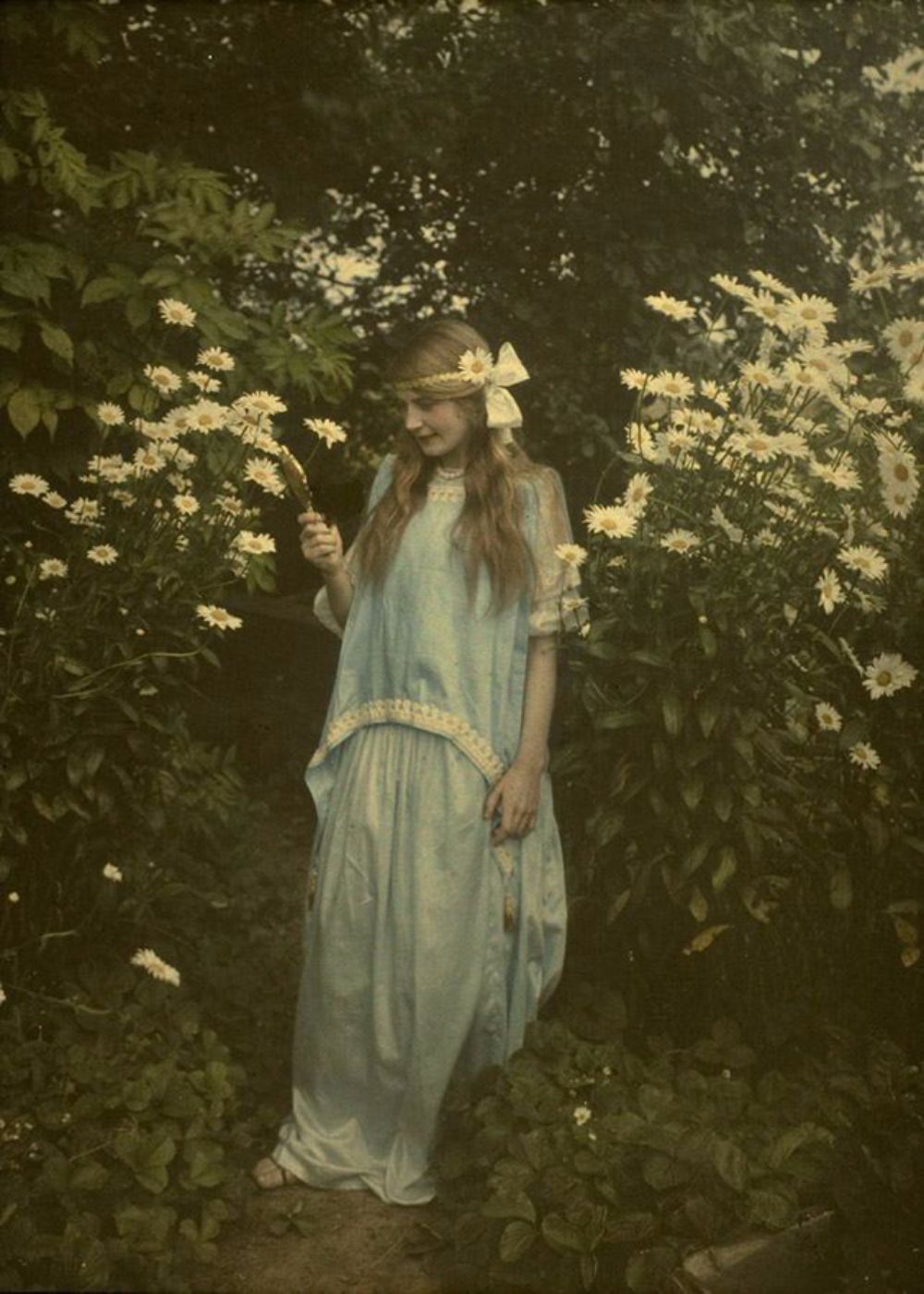 1963 - in a commercially available camera "Polaroid" that allows to do instant color photos within minutes. 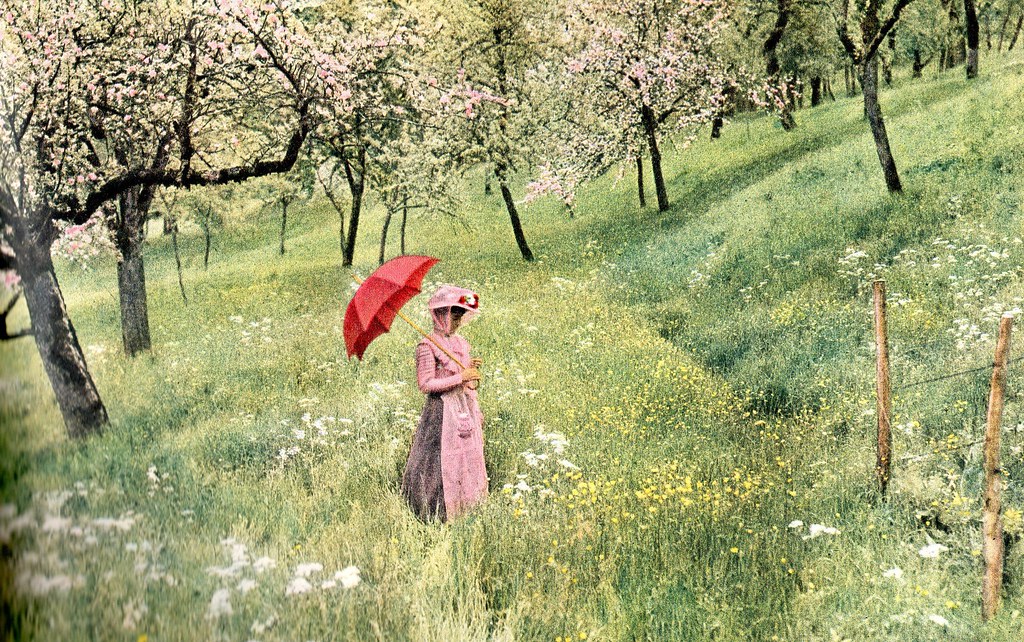 Photo restoration – How to make historical photos in color

Almost all people have at homes old black and white pictures, but they are either corrupted or do you want to make it colorized photos. Now we will tell you the easiest way to make the photo colored using the Colorize Photo website. But we want to warn that this is not professional work and if you want more high-quality restorations we advise you to use the paid photo restoration services.

Online service Colorize Photos was developed by programmers of the California Institute in Berkeley, which is based on the algorithm processing the images Colorful Image Colorization.

In order to colorize photos online, you need to go to the website Colorize Photos and specify the url of your image and click on the "Colorize it" and after a few seconds you will get your result in color.

We have found many examples and have tried to take advantage of this website. Below you'll be able to see them. Online service is absolutely free. After check-in service, you will be able to use the API system for your sites. Here you can read more about historical photos in color - Amazing historical photos colorized and brought back to life. 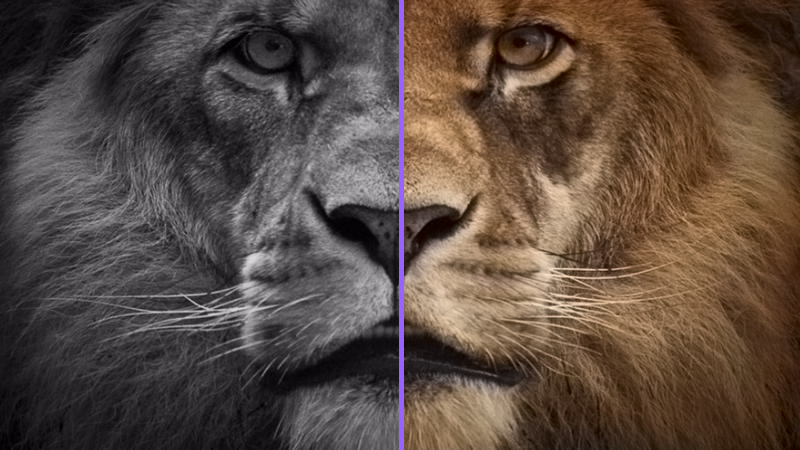 Just want to note, for best results use service black and white high resolution photo, if you scan your old photos, the resolution put no less than 300dpi, it is necessary for that service have been better editing. 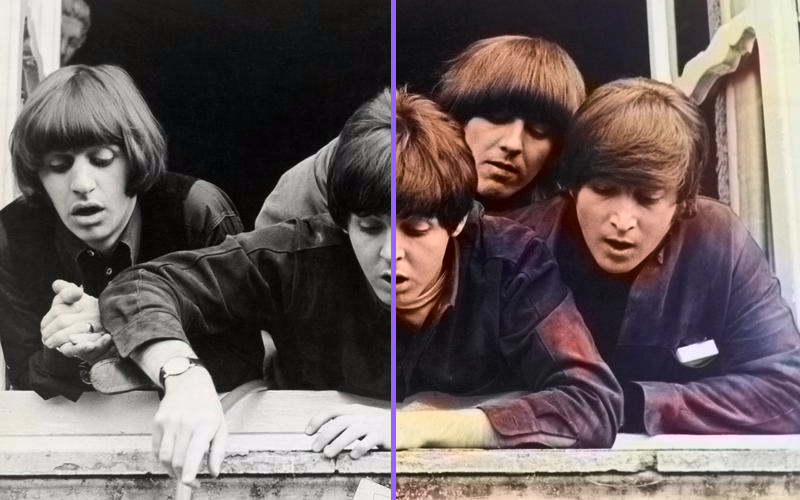 If you want higher quality of colorized photos, you can use our service. We offer complete restoration photos and also colorizing. On our website you can find many examples of our work and in our blog a lot of interesting articles and tips, for example Gear you need to start retouch old photographs. If you are interested, you can check our photo restoration prices. We wish you success and hope for co-work.